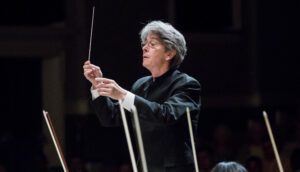 Grant Cooper conducts during the Eastern Music Festival in North Carolina in 2019. Cooper was recently appointed as interim music director for the Cayuga Chamber Orchestra, effective July 1. He said he’s looking forward to leading the group and has high hopes for whoever takes up the podium permanently. Photo provided.

This year, music fans across the county have collectively welcomed the return of a wide array of performances and other events centered around enjoying music with fellow community members, especially after two long years of cancellations, delays and complications due to the pandemic. For the performers, the feeling is mutual, with musicians and event organizers alike glad to be back.

One of the biggest music event series, the Taughannock Falls State Park Summer Concert Series, is finally back this year after a two-year hiatus due to pandemic safety concerns. As Fred Bonn, Finger Lakes regional director of the New York State Office of Parks, Recreation and Historic Preservation, explained, residents are glad to see the series return.

“The two years that we took off, people were disappointed [but] understanding,” he said. “They understood the decision we had to make, but there was disappointment that we weren’t able to hold the concert series. And we’ve gotten lots of positive comments. People are very happy to have the opportunity to gather at the south point and enjoy live music in the park.”

While plenty of event organizers have had to adjust their plans due to the pandemic, Bonn said COVID-19 hasn’t greatly hindered Taughannock’s 2022 lineup.

“There were some logistical problems early on with booking some of the bands,” he said. “What we tried to do was take the bands that we had originally scheduled from 2020 and slot them for the summer of 2022. So, there’s a little bit of a challenge there. But everything worked out in the end. We are still holding the same number of concerts over the course of the summer [as we did pre-pandemic].”

As of time of publication, there are two concerts left in the park’s series: Zydeco Trail Riders on Aug. 6 and Marc Berger and Ride on Aug. 13. Both performances start at 7 p.m. And while it’s not a music concert, another upcoming event at the park will also feature a musical performance.

As Bonn explained, on Aug. 20, in partnership with Wharton Studio Museum, the park will host the 21st annual Silent Movie Under the Stars. The film shown will be “Steamboat Bill Jr.,” from 1928, and it will have a live music accompaniment by Ithaca groups Cloud Chamber Orchestra and Djug Django. Bonn added that parking is $5 per car.

As for performers themselves, we spoke with the Cayuga Chamber Orchestra (CCO) and the Ithaca Concert Band, which both have some new developments to celebrate this year.

While a native of New Zealand, Cooper has considerable history in the U.S. and the Finger Lakes region. He served as music director or guest conductor of groups like the Syracuse Symphony, West Virginia Symphony, Houston Symphony, Buffalo Philharmonic and many more, and he was a professor of music at Ithaca College from 1993 to 2003. After spending many years in West Virginia, he returned to the Finger Lakes within the past couple of years to be closer to family members.

Cooper’s history at CCO also goes farther back than his appointment, as he explained.

“Having been on the faculty at IC full time from ’93 to 2003, that was 10 years, I was very aware of the Cayuga Chamber Orchestra and in fact was collaborating with them quite a bit,” he said. “Their education department, for example, reached out to me and commissioned me to write a piece for young people, a piece that I do to this day.”

Cooper said that after keeping an eye on the orchestra for several years, he’s glad to be the one leading it through its transitional period between music directors. He described some of his goals for his tenure.

“My agenda is the health of the Cayuga Chamber Orchestra, and I want them to find the right person [for music director],” he said. “So, I have offered this three-year plan, which means I will conduct all of this year while they put together a search to identify candidates. If they need me to help with that, I can do that, or I can just simply conduct concerts. Then, next year will be programmed with search people, four of them, I assume. I might do the holiday concert and always be in this advisory role as music director.”

Although CCO generally weathered the pandemic well, Cooper said the biggest challenge on his mind now is helping the group handle the sudden loss of its music director.

“As I observed it anyway, the Cornelia departure happened very quickly,” he said. “With West Virginia, there was a three-year window that everyone had to get used to the idea there was going to be a transition and how the transition was going to be handled and everything. It didn’t happen suddenly like a void. So, I think there’s been a little bit of extra challenge with the suddenness of that, … and my sense is that there probably were some times when decisions had to be made where all the pieces of the puzzle weren’t actually in place.”

Cooper added that he’s committed to “working for the orchestra and not for myself” during his time as interim music director and hopes that whoever takes up the podium after him will be just as dedicated to the orchestra and the community at large. 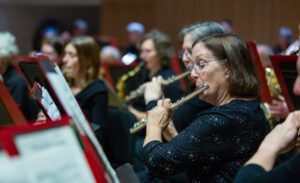 Gail Hughes (foreground), a member of the Ithaca Concert Band, and fellow bandmates perform in a 2018 concert at Ithaca College. The group brings together dozens of musicians under a joint passion, which Board President Dave Syracuse is excited to share with the community. Photo provided.

The Ithaca Concert Band is also looking forward to new changes this year. As Dave Syracuse, president of the group’s Board of Directors, explained, the band is looking to change up its usual performance routine to provide something fresh for the community.

Syracuse said that the Ithaca Concert Band is taking an approach he’s dubbed “concert and,” meaning instead of just offering traditional concerts, the band also plays at community events were other activities are offered, like movies in the park.

“We’re really trying to reshape the space that we take up in the community,” he said. “I think that’s maybe more where we’re trending toward, to catch people and families maybe that are more interested in something like that as opposed to sit down, listen to an hour of music, go home, which is great. We’re always going to have audiences like that.”

This new approach, Syracuse said, is one way to ensure that the band will be around for generations to come.

While he’s looking forward, Syracuse also looked back to acknowledge how difficult it was to cope with pandemic challenges and still find some way to play music. He said that at one point, even though concerts were out of the question, the group managed to work with the organization Just Be Cause to use its outdoor space for group rehearsals.

Even though these rehearsals didn’t lead to a performance, Syracuse said bandmates were grateful just to be able to play.

“I think there are relatively few opportunities in modern life where you can get together with 60 people and the entire goal is just to make something beautiful,” he said. “And I think that when we had this opportunity with these outdoor rehearsals, it really highlighted that, that we weren’t playing because we were preparing for a concert, we weren’t playing because we had a rehearsal and we needed to play; we were playing just because music was something that we needed to do together. And that was pretty cool to discover.”

Overall, sources encourage residents to go out and enjoy music however you can — whether that’s joining a band or simply being an audience member at a concert — to help celebrate a return to normalcy and new opportunities for music performances.

For more information about the sources included in this article, visit Taughannock Falls’ website at parks.ny.gov/parks/taughannockfalls, CCO’s website at CCOithaca.org and Ithaca Concert Band’s website at ithacaconcertband.org.

Jessica Wickham is the managing editor of Tompkins Weekly. Send story ideas to them at editorial@VizellaMedia.com. 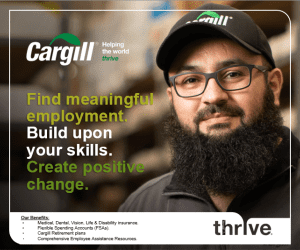 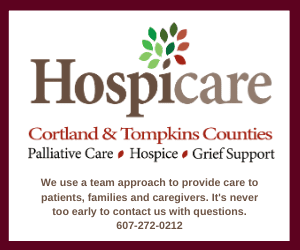 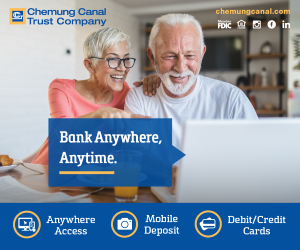